It seems that my phone always runs out of power at the most inconvenient times (as if there’s ever a convenient time). Like the time my phone ran out of power as I was trying to board a plane with my electronic boarding pass. Or that time when my motorcycle had mechanical failures and left me stranded on the side of the road with a dead phone and no way to contact a friend. 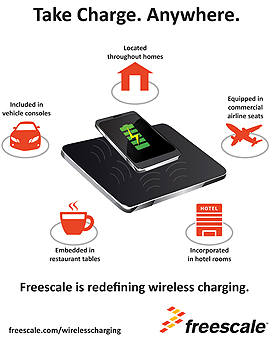 Several times, I’ve been on road trips and used my phone as my navigation system, only for it to die at a critical moment when I needed to know which highway exit to take.

The point is that we rely heavily on our mobile devices to provide information and simplify our daily lives, creating increased dependency on them. For this relationship with our mobile devices to be effective, they have to remain powered while we use them. However, opposing forces, such as the need for increased feature density, larger screens, and more wireless connectivity strain these devices’ power reserves. Before the advent of smartphones, a typical mobile phone could easily last a full day on a single charge. Today’s feature rich smartphones, most likely will not remain powered even for a half day under average use. While manufacturers design ever larger batteries for their mobile phones, this benefit is effectively canceled out by new and enhanced features. New methods of dealing with short battery life have to be addressed.
Wireless power has the potential to help alleviate dead battery conditions, especially in situations where it matters most – in public spaces and while we’re on the go, such as in the car. Wireless power transmission was first demonstrated by Nikola Tesla in 1893, as he transferred energy wirelessly to light phosphorescent lamps.
While his experiments obviously did not lead to the proliferation of transmitting power wirelessly, the foundations for wireless power were built over 100 years ago. It wasn’t until the late 2000s that wireless power would again be a mainstream topic of discussion.
Companies began commercializing products that could wirelessly charge mobile devices. In the beginning, these products consisted of bulky mobile phone adaptor sleeves which contained a wireless charging receiver.
The wireless charging transmitter had to be bought and would only work with certain wireless charging receivers. Soon, several companies were commercializing their own unique wireless charging products, none of which were interoperable. In 2008, the first organization was formed to try and develop a common wireless charging standard. The Wireless Power Consortium began to develop a standard it called “Qi”, pronounced “Chee.” The goal was to create a unified standard where member companies could develop their products for all types of markets, and for which the mandate was interoperability. Fast forward to 2014, and the market now has three competing standards, and a mobile phone market with a high rate of adoption. The need for bulky add-on sleeves has decreased, while more and more OEMs integrate the receiver technology into their mobile devices. While the competing standards have created some temporary market disruptions, a unified standard will eventually provide a clear path for deploying wireless power technology.
For this technology to be truly transformative, though, wireless charging has to be pervasive and available everywhere. This next phase means that the public infrastructure now must adopt wireless charging stations in order to provide the full benefit this technology offers. Airports, restaurants, coffee shops and hotels will all one day offer wireless charging stations for their customers. Since mobile devices will already have the technology embedded, charging will become as trivial as placing it down at a charging station. This, in turn, will promote what I call opportunistic charging behavior. Users will have apps on their phones that guide them to the nearest charging station. No matter where we are, we will be able to receive some power for our mobile device, thereby avoiding dead battery conditions all together. Whether at a restaurant or sitting on an airplane, placing your mobile device down on a wireless charger will become second nature.

Freescale helps to redefine this mobility by designing innovative solutions for both automotive and consumer wireless charging markets. By creating flexible solutions, we provide wireless charging product designers the ability to create new ways to solve the problems facing mobile users. Just as WI-FI grew into a ubiquitous technology over time, wireless power is expected to follow suit in the foreseeable future.