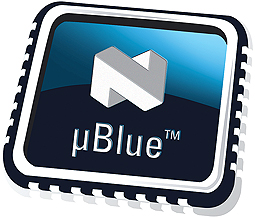 To most users, Bluetooth is well known as a wireless transmission technology used to transfer information to nearby devices. Smartphones, notebooks, MP3 players have it, as do headphones, watches, clocks and cars. The most recent version, 4.0, offers “smarter” radio transmission in addition to the traditional Bluetooth features, especially for small amounts of data such as those that arise when using sensors. It also saves huge amounts of energy and stands out with its short response times and large range. This provides for entirely new opportunities.

Version 4.0 of the Bluetooth transmission standard addresses a new technical feature that has hardly been considered until now. This may be because it was ‘only’ about communicating with other devices, but it conceals much more than you would initially suppose. Part of the most recent Bluetooth update expands upon a core specification to include an energy-saving component. Bluetooth Low Energy technology expands the range of applications and now brings the established benefits of Bluetooth to the field of low-energy, battery-operated sensor applications.
The new Bluetooth LE chips consume so little energy that simple button cells are sufficient to supply them with power. The peak current is + 4dBm below 8.5mA. On the whole, the average current from transmission, reception and standby is energy-efficient enough to remain in operation for years. Data can be transmitted over a distance of up to 100 metres.
The set-up time for this transmission is just five milliseconds. This significantly reduces the energy consumption. This licence-free technology offers developers and manufacturers of Bluetooth applications new, low-cost applications and opens up markets for devices with wireless, extremely low-energy connectivity.
AES 128-bit encryption is used to provide the required security. For the sake of completeness, however, it should be mentioned that Bluetooth transmissions are only deemed secure and protected against unauthorised interception if they have a multi-level dynamic key system. Specification 4.0 chips and others are currently available from Nordic Semicon­ductor, and other Bluetooth components are available from distributors like Rutronik. This technology was originally developed by Nokia with the name ‘Wibree’.
The Finnish group then handed Wibree over to the Bluetooth Special Interest Group (SIG) to encourage its spread. Devices such as the iPhone 4S from Apple, the Samsung Galaxy S III or the Asus Zenbook Prime are already Bluetooth Smart Ready, which means that they are fitted with a dual transceiver that supports not only traditional Bluetooth but also Bluetooth Low Energy.
The reason for this is that Bluetooth LE is not compatible with traditional Bluetooth. The channel bandwidth, for example, is twice as high and there is no permanent frequency hopping (current Bluetooth-Smart and Bluetooth-Smart-Ready devices under www.bluetooth.com/Pages/Bluetooth-Smart-Devices.aspx).

Possible applications
Low Energy technology provides an efficient platform for intelligent networked applications. It is particularly well-suited for use in the fields of mobile communications, wireless sensors, security and stocktaking. Control data, switching commands, sensor values and heart frequencies are transmitted.
The opportunities for use are enormous, because a chip can be installed in any electronic device, vehicle or other consumer product. Today, this includes home entertainment, security, health, leisure, fitness with devices such as pulse monitors and GPS trackers.
“Bluetooth Smart can also be used in sensors for measuring the blood sugar of diabetics. In houses, sensors could monitor whether all of the windows are closed and what the temperatures are,” explains Suke Jawanda, Head of Marketing of the Bluetooth Special Interest Group.
It also lends itself to use in the automotive sector, with a promising Bluetooth-based traffic recognition system currently being tested in Houston. Using Bluetooth-capable sensors fitted along the road in high-traffic areas of the city, the pilot project tracks the anonymous MAC addresses of the Bluetooth devices of cars passing through the urban traffic. This enables traffic conditions to be assessed in real time without needing to install large, costly and automatic vehicle recognition technology. Bluetooth 4.0 is an important prerequisite for the system, because fast, battery-powered nodes positioned on the edge of the road collect data that is necessary to monitor the flow of traffic. This saves in terms of the cost of wiring each node along the street, which in turn reduces installation and infrastructure costs. Bluetooth can be used in industrial products in particular to enable wireless communication between components in machines. Thanks to adaptive frequency hopping (AFH), Bluetooth is used to set up a very reliable and interference-resistant wireless connection.

Bluetooth Smart in everyday use
Harald Naumann has his own thoughts on this topic. Rutronik’s Wireless Field Application Engineer has been ‘tinkering’ on a professional level in the interest of future applications. “Bluetooth Smart is in a way the Swiss Army Knife of wireless connections for a variety of devices. Everything we love and don’t want to lose can be fitted with this technology and quickly be found again. A small child in a shopping centre or theme park, your house keys, your bike, or even your pet. As soon as something leaves the range of a smartphone or master device, an alarm signal is given.” Different profiles for different tasks can be stored in the receiver unit or control device here. Two have already been finalised by the SIG – the “Find Me” profile, for example, locates a mobile phone, armband or key chain, on which a tag gives off a sound when activated.
For Naumann, the technology isn’t just limited to the office. In this regard, the Rutronik expert can imagine applications such as tracking office equipment or objects such as notebooks or folders. This is made possible by smart tags and integration into an Ethernet or wireless LAN network. A Bluetooth IC from Nordic Semiconductor could be integrated into the network connector or Ethernet adapter. Reporting units would be installed near the door and send signals to a database when whichever object enters or leaves the room. The 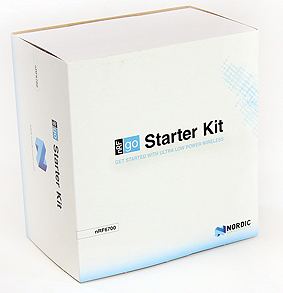 Bluetooth tag ID is determined wirelessly and then transmitted via a cable. This would enable stocktaking to be performed astonishingly easily. It’s also beneficial to security. If a notebook were to leave the company premises without authorisation, for example, an alarm would be triggered immediately. This is where the second profile finalised by the SIG comes into play, the “proximity profile” with an “out of range” function, providing a signal when the user moves too far away from the device or if the device is removed from a certain environment. Whether an object in the office, your house cat or a person in the room needs to be detected makes no difference to the system. The person might be a dementia patient, could also be a guard doing his rounds.
These two profiles are included in the Nordic nRF8002 IC and the new nRF51822.
The nRF51822 is a system-on-chip (SoC) with a Cortex ARM M0 32-bit microcontroller, Bluetooth LE transceiver, 16kB RAM and 256kB flash memory. Of the memory, around 120kB is used for the Bluetooth LE stack, leaving over 100kB for the customer application. The transceiver is an up-to-date refinement of Nordic Semiconductor’s transceiver, which was itself a leader in terms of energy efficiency. The battery in a key chain will be a button cell, and in a cheque card, a paper-thin battery with 100,000 charge cycles. The board has fewer than 20 components in total. The smartphone or key chain can also be used to open a house or car door. The same device could also adjust the car seats and turn on your favourite music on the car radio, or activate the screensaver on your PC when you leave your desk. Recharging would be performed inductively.
This removes the need for a connector on the smart tag while also making the unit watertight. Such a tag operates for several years with a single charge, although it transmits its ID cyclically every few seconds. And while similar technology already exists on the market, they have neither this kind of range, nor are they comparatively cost effective or energy saving.
On the whole, Bluetooth Low Energy technology with its versatility will rapidly conquer the global market, especially in light of current concerns, where saving energy takes utmost priority, regardless of whether it’s in the home or at work.
Given its many years of expertise, Rutronik is in a position to offer well-founded assistance in custom-developed solutions with components for the smart communication of tomorrow.
www.rutronik.com