When Renesas engineers first began to consider how they would package MCU-based solutions for the Internet-of-Things (IoT) market, they looked closely at the unique challenges this opportunity presented. In applications ranging from factory floor automation to home automation, the opportunities appeared endless. 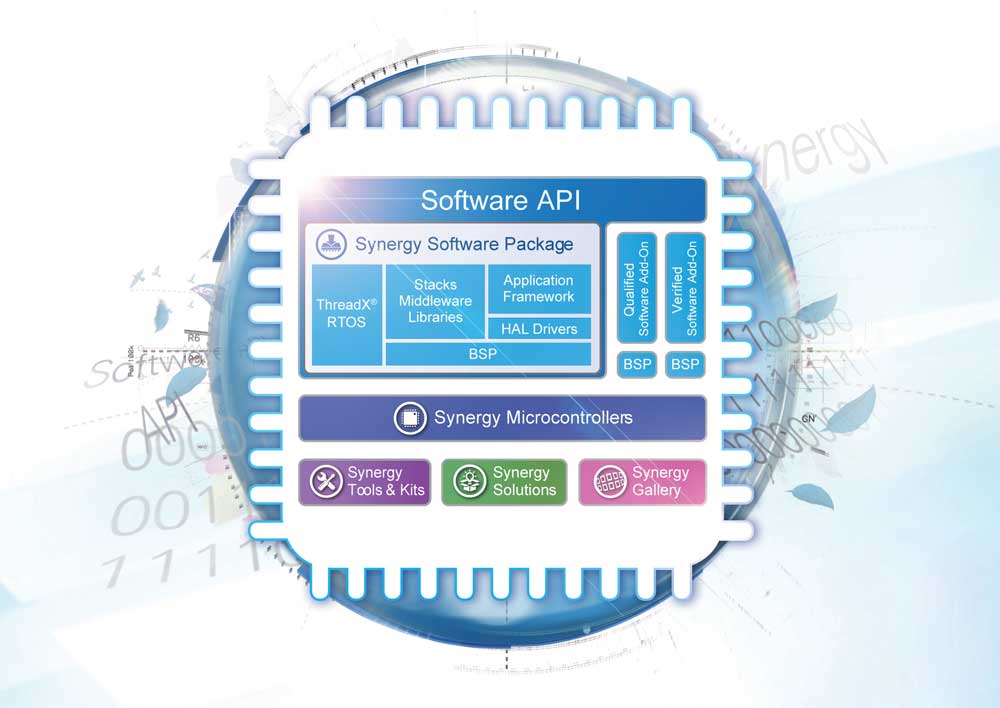 Clearly developers who could deliver their product to market first would gain a significant advantage, so any solution that shortens development times would offer a powerful advantage. Renesas explored this topic across industries and noticed the profile of their traditional MCU customer was changing. Customers’ engineering teams often came to Renesas, the world’s leading MCU manufacturer, looking to implement a specific requirement. Once the hardware was defined, they would pass the solution onto their software team to develop the application. Generally, hardware designers drove the MCU selection process.
As the IoT market began to emerge, however, roles were changing. The more Renesas interacted with its customers, the more it became clear that software was dominating the MCU requirements. Software developers were now playing a larger role in defining the end solution and what type of MCU would best fit their system requirements.
So the Renesas team wrestled with how to address this new reality. What were the key values driving customers and how would their priorities impact MCU selection? Clearly any solution targeted at the huge IoT market would have to take into account the increasing importance of the software engineer’s point of view. 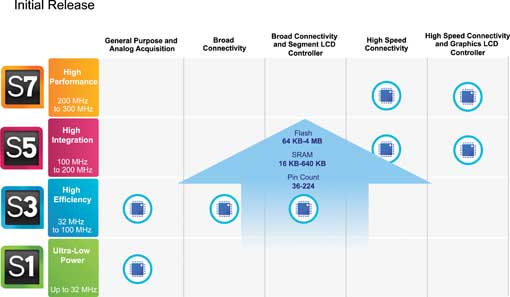 At the same time other trends are escalating the pressure on design teams. Increasingly companies are outsourcing all but the core engineering functions and a growing number of firms are finding they can no longer develop new technologies as they have done in the past.
Developers are now increasingly willing to move from in-house development and use external resource and off-the-shelf components. It’s a time-consuming and costly approach to use standard MCU’s and then research, license, integrate, test, and maintain a RTOS, stacks, middleware, and libraries from multiple software vendors. What if they could get everything form one source – their MCU silicon vendor?
To source software from a silicon vendor, developers need assurances. How long will the silicon vendor supply and support the software? Will there be a long term commitment to maintain, upgrade and support the software? Developers generally equate commercial quality with longevity. If the silicon vendor was willing to sell its software as a high quality commercial product, would that assure embedded system developers?
From the developer’s standpoint sourcing the software from an MCU supplier offers numerous advantages. Large silicon vendors have the resources to support the development and maintenance of software over long periods of time.
As the silicon manufacturer has a large customer base, the software will be proven over a very large number of customers.

Since the silicon vendor only makes money when products go into production, it has the same interest in accelerating the development cycle. Finally, the silicon manufacturer has a vested interest in maintaining software quality because the success of its software is directly tied to its ability to continue selling MCUs.
Renesas wondered what if designers could re-invent the development cycle, so more of their time is spent focusing on the truly innovative aspects of their solution?
What if MCU suppliers like Renesas could reduce the amount of time designers spent on the basic core system and, instead, allow developers to increase the amount of time they could spend on application code? What would this new product development cycle look like?
In the traditional development cycle designers must grapple with continual updates and constantly changing roadmaps for their RTOS, stacks and tools. What if the MCU supplier offered a platform that took care of the integration of new updates so developers could shrink that portion of their development cycle and spent more time innovating? And what if the MCU supplier offered and supported that software as a high quality commercial product, with APIs that would allow the developer to simply build his or her own applications on top?
Ultimately, those questions led to the development of the Renesas Synergy™ Platform, an integrated hardware and software solution optimized for embedded and IoT applications.
The Renesas Synergy Platform consists of five main elements: Software, MCUs, Tools and Kits, Solutions, and the Gallery.
The Renesas Synergy platform comprises of a suite of qualified and verified embedded software, tested to commercial standards and compatible with the Renesas Synergy MCUs. The “Qualified” Renesas Synergy software components are not only optimized and integrated for the Synergy MCUs, they are also rigorously tested for both performance and reliability and is warranted by Renesas to operate as specified in the Industry’s first software datasheet. This is a specification of function and performance that also includes parametric data against which the software is warranted to operate, where appropriate some software components also undergo industry standard compliance testing. 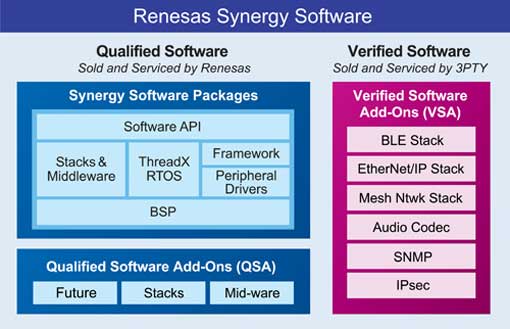 The core software components come in the Renesas Synergy Software Package (SSP). Provided with each Renesas Synergy MCU, the SSP supplies the software components needed for all of the basic core system functions essential in embedded applications.
Renesas engineers selected a premium quality RTOS, Express Logic’s ThreadX® as a basis for the SSP, added middleware components from Express Logic’s X-Ware™, and integrated them with MCU device-specific software components including device drivers, middleware, libraries, and a flexible application framework with an API.
The SSP blends the RTOS, middleware and libraries with the low level peripheral functions through a specific framework using an API. This allows the application to access peripherals as easy-to-use, feature-oriented functions.
The framework automatically takes care of the details of the RTOS integration. Since the drivers abstract hardware registers by using logically defined values, the API and parameters are consistent across the different series within the Renesas Synergy MCU family. This approach allows the developer to build solutions without spending time learning detailed MCU hardware specifications, specific register definitions, or ThreadX® specifics.
Additional software components may be added to the SSP in the future as Qualified Software Add-ons (QSAs). These components may be developed by Renesas and are qualified with the same rigorous standards used for the SSP.
Software components developed by 3rd party developers and integrated into the platform are “verified” to work with the Renesas Synergy Platform and are named VSA, or Verified Software Add-on components (VSA’s). These VSA components have been tested for functionality and compatibility with the SSP and are approved by Renesas.
The device foundation for the Renesas Synergy Platform is a family of compatible and scalable 32-bit MCUs based on ARM® Cortex®-M CPU cores. Renesas Synergy MCUs were designed from scratch with no legacy requirements, compatibility and scalability were designed in from the start.
Every member of the Renesas Synergy MCU family has the same or similar peripherals to minimize the learning curve and maximize re-use of software and offer pin compatibility in every package. Scalability means that peripheral capabilities scale from lower to higher and higher to lower while keeping the same register footprint.
The Renesas Synergy MCU family begins with the S1 series, an ultra-low-power MCU based on a 32 MHz Cortex-M0+ core. Three additional members of the Renesas Synergy MCU family, the S3, S5 and S7 series, use Cortex®-M4 cores to support operating frequencies that currently range up to 240 MHz.
Renesas’ S3 series MCUs are currently based on a 48 MHz Cortex®-M4 core and serves applications that demand higher levels of integration than the Cortex® M0+-based S1 series.
The S5 series MCUs targets more complex IoT applications using a Cortex-M4 core running at 120 MHz, while the Renesas’ S7 series combines a 240 MHz Cortex®-M4 core with a wide array of high-speed peripherals. The entire MCU family offers significant amounts of memory on-chip up to an industry-leading 4 MB of code flash and 640 KB of SRAM on the S7 series.
To address the design challenges inherent in the majority of industrial and IoT applications, the Renesas Synergy Platform offers developers a wide array of options to boost security, safety and communications capabilities.
The security functions available on Renesas Synergy MCUs enable developers to protect data on the MCU, ensure authenticity of data, and achieve secure product lifetime management. The security peripherals and software libraries support symmetric/ asymmetric cryptography as well as secure key generation and storage to provide a full set of secure services including secure boot and over-the-air firmware updates. Each MCU also supports a long list of safety functions in hardware to support critical applications.
IoT applications require extensive communications capabilities and Synergy MCU’s can offer features such as dual Ethernet with IEEE-1588 synchronization, high-speed USB, plus many serial interfaces on chip including UART, I2C, SPI, IrDA, QSPI, I2S, SDHC/MMC and CAN. For applications closer to the network edge, virtually every Renesas Synergy MCU has an array of analogue interfaces including ADC’s, DAC’s, comparators, as well as a suite of timing functions for motor and industrial control applications.
To speed development Renesas engineers have added a number of productivity enhancements to the Renesas Synergy Platform’s supporting tool ecosystem. Renesas Synergy MCUs will be supported by e2 studio, the Eclipse-based Integrated Development Environment (IDE) from Renesas.
Adding new, solution-oriented components, such as the ability to view the source code of the entire SSP while debugging, Renesas engineers transformed the environment and e2 studio into a true Integrated Solution Development Environment (ISDE).
Developers who want to accelerate their development cycle and take the guesswork out of using a wide variety of technologies in their own industrial and IoT end-products can do so using the Renesas Synergy Platform’s wide array of development kits and design examples.
Finally, providing a one-stop shop for all the Renesas software components, the Renesas Synergy Gallery allows users access to all Renesas Synergy Software components and in future will allow enhanced features such as cloud services and the ability to download apps directly to Renesas synergy MCU’s.
The fast-moving industrial and IoT markets are forcing developers to re-evaluate their traditional approach to product development. Today’s embedded designs are simply too complex to develop in a step-by-step fashion. The market demands a faster response and shorter time-to-market, as provided by Renesas Synergy ￭