SEGGER is pleased to be one of the first tool vendors to announce their support for the new ARM® Cortex®-M7 architecture. SEGGER’s industry standard J-Link debug probes and 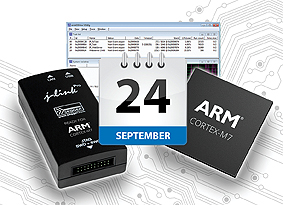