Motors & MCUs – The hidden heroes of the modern home

Without motor control, our homes and lives would be far less convenient than they are today – we’d still be washing our clothes by hand, cooking over open fires and desperately searching for the nearest ice cave in which to chill our beers. Outside of the kitchen the effect would be equally troublesome – HVACs replaced by hand fans, 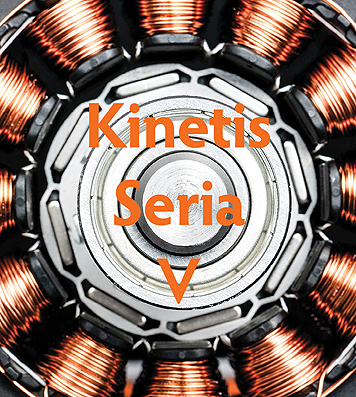 garage door/gate opening would require manual labor (shriek with horror!), and filtering the pool/jacuzzi would take months with only that lukewarm beer in hand to dull the pain. Jokes aside, motors are a BIG deal and represent a huge area of opportunity for electronic control using microcontrollers (MCUs), which bring increased automation and energy efficiency benefits to the appliance.

Within such applications, the MCU performs several functions. Its timers generate up to 6 channel PWMs which drive, via an inverter stage, the AC motor’s 3-phases that essentially make the motor spin. Analogue to Digital (ADC) module(s) are used to measure the various phase currents to track the speed and/or position of the motor as it rotates, known as sensor-less feedback control.
Several household applications also use 2 motors: washing machine (big drum and pump), dishwasher (sprays the water and drains), fridge/freezer (compressors, air-flow to stop frost), and HVAC/air conditioner (compressors and air flow). Many MCUs contain two sets of 6 channel PWMs allowing them to drive two inverter stages and in turn spin two motors. Generally, the sensor-less monitoring of speed and position is completed using one or two ADC modules. Sensor-less speed algorithms work with less errors if they can simultaneously acquire two of the phase currents at specific times of the PWM period, but error adjustments can be made if only one ADC module exists, and the two phase currents are measured back to back. For driving a dual motor control application with two ADC modules, the application can assign one ADC per motor and include some error correction in the speed calculation. Alternatively, the dual motor drives can be synchronized by having one set of PWMs 180 degrees out of phase from the other, and making use of both ADCs for both motors by assigning different input channels. An MCU with four ADC modules allows true, independent dual 3-phase motor control which helps simplify application code and minimizes acquisition errors.
The trade-off that often arises in such integrated solutions is the cost of having four ADC modules, versus the level of power efficiency savings that will impact the end consumer.
The latest member of Freescale’s fast emerging Kinetis V series of ARM® Cortex®-M class MCUs – the Kinetis KV5x MCU family – is well equipped to handle the demands of multi-motor applications. With multiple timers, four high-speed ADCs (sampling at up to 5 Msps), and a 240MHz capable Cortex-M7 core, fully independent sensor-less control of two 3-phase motors can be accomplished with ease. With CPU MIPS to spare, the KV5x MCU can also perform other functions including adding secure internet connectivity via its on-chip Ethernet , multiple CAN and UARTs, and Encryption modules. With the embedded market currently ablaze with IoT (Internet of Things) concepts, the opportunity to remotely monitor and manage countless motorized appliances in the home and beyond can now be realized from the comfort of our armchairs, workplaces or further afield. So you can rest easy, thanks to the humble MCU it should be some time yet before we need to search for that elusive ice cave ￭