Freescale drives for a secure Internet of Things

As the Internet of Things (IoT) continues to gain momentum, Freescale Semiconductor and its partners are tackling the most dire 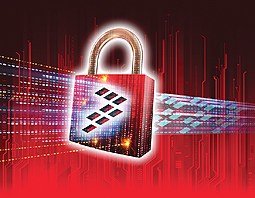 challenge the young movement has faced to date – the alarming lack of unified guidelines for ensuring the security of IoT applications.
Gartner, Inc. forecasts that 4.9 billion connected things will be in use in 2015, up 30 per cent from 2014, and the figure will reach 25 billion by 2020. The analyst firm also projects that by 2017, 50 percent of IoT solutions will originate in startups that are less than three years old.
Meanwhile, the specter of an insecure and dangerous IoT is becoming increasingly worrisome: last month, the U.S. Federal Trade Commission publicly raised concerns of security risks associated with the rising number of interconnected systems and devices, and a top U.S. news organization reported that DARPA had wirelessly hacked into a major automotive OEM’s braking system. Additionally, a recent report from tech giant HP found that many IoT end-nodes are inherently insecure, with 70 percent of evaluated devices transmitting data via unencrypted network services.
Intent on applying its extensive expertise and proven technologies to address these trends, Freescale announced several landmark programs intended to help establish standards and drive industry metrics for IoT security assurance. These initiatives include:
• Teaming with the Embedded Microprocessor Benchmarking Consortium (EEMBC) to identify critical embedded security gaps, and collaborate with other consortium members to establish guidelines that help IoT OEMs and system designers better secure IoT transactions and endpoints. Founding members of this coalition will convene in May at the second annual IoT Developers Conference in Santa Clara, California.
• Establishing Freescale Security Labs – Centers of Excellence at Freescale’s headquarters and other locations worldwide, where the company, its partners and customers will focus on enhancement of IoT security technologies spanning from the cloud to the end-node.
• Creating a program dedicated to educating startups on IoT security best practices and providing access to Freescale’s partner ecosystem.
• Committing to allocate up to 10 percent of the company’s annual R&D budget on IoT security technologies.