Counterfeiting:how it occurs and ways to mitigate risk

The growth in counterfeit components over the past decade has become a key source of concern for everyone in the electronics industry, from component manufacturers through to end-users. Since the early 1990s, the trade in counterfeit goods has risen eight times faster than trade in legitimate goods.
The Electronic Component Industry Association (ECIA) has estimated between 5 and 25 per cent of the total available electronic components are counterfeit. 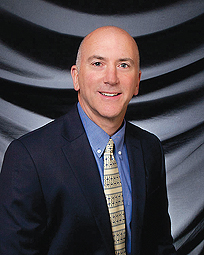 The association believes the practice of counterfeiting costs the electronics industry as much as $100bn a year.

Very often, counterfeit goods are not cheap copies but failed, unsuitable or non-functional components made to look like high-value parts. If these parts enter the supply chain there is a high risk that equipment using them will not be able to perform the job for which it is designed. This presents concerns to any manufacturer. But for those making industrial and critical systems it can lead to dangerous situations.
Counterfeit circuit breakers have been found in nuclear power plants – barely functional devices that probably would not trip correctly in the event of an overload. In 2011, counterfeit parts were tracked down to night-vision systems used by the military.
There are a number of ways in which counterfeiters attempt to pass their products off as working components.
Some high-volume, relatively simple parts are copied by manufacturers and made to function similarly to their targets, albeit without the guarantees provided by legitimate manufacturers. These devices are harder to identify as counterfeits by functional testing as they are likely to have similar behaviour to the real parts. Such devices can be identified by chemical testing – as manufacturers will use subtly different recipes for key processes in their plants – and by discrepancies with the packages used by the real product.

Many counterfeiters make no attempt to provide functional devices. Instead they exploit weaknesses in the supply chain itself. Manufacturers will normally mark products with logos and identifying codes but it may not be clear to a customer whether the marks they find on a received part distinguish it as a genuine product or a clever fake.

A common technique is overmarking in which a cheaper device suitable only for use in systems are used in the standard temperature range is repackaged as a part that is claimed to be able to withstand more extreme temperatures. These components are then sold at a very high margin. Manufacturers of critical systems face the brunt of this type of counterfeiting because the high-value parts designed for safety-critical systems and equipment intended for extreme environments provide the greatest profit to the counterfeiter.

Another technique used by counterfeiters is to locate products that were rejected during test but which were not destroyed properly, or to use products recovered from electronic waste when it is recycled. These parts may be repackaged to make them look new although they are commonly simply ‘black-topped’ to remove any old markings and date codes and a new set of markings screenprinted over the top. Simple attempts at black-topping can be identified by chemical tests and often simply by rubbing the surface of the component as the new ink will just rub off. The real markings are often etched into the surface of the package and are therefore much harder to remove.
One technique that has appeared in recent years is for contract manufacturers to ‘overbuild’ – make too many products and then attempt to sell the excess on the grey market. Although these are not counterfeits in the same sense as blacktopped or copycat products, they do not have the same support or guarantees as genuine parts and expose customers to greater supply-chain risk.
Companies supplying industrial, medical and military are often likely to find themselves the targets of counterfeiters because they have to maintain long-term support for their systems and therefore are more exposed to component obsolescence. The production cycles of many components, particularly those based on semiconductors, have been compressed dramatically.
Many devices are designed primarily for use in consumer markets, where the emphasis is on a rapid pace of development. For example, IC manufacturers attempt to take full advantage of the advances in process technology that occur typically on a two-year cadence to reduce prices and improve performance.

Manufacturers of industrial, medical and military systems cannot move as rapidly as they need to seek approvals for redesigns and will often commit to long-term support agreements for their systems. The ability to source replacement parts for these products gets harder as time passes and legislative changes, such as the introduction of bans on materials such as lead, increase the risk of counterfeits entering the supply chain. When manufacturers discontinued the manufacture of some of their lead-based components because sales volumes did not justify redesigns to use lead-free materials, counterfeiters stepped in. They simply took similar lead-free parts and marked them up with the codes used by the lead-based components. Even if the parts worked correctly, the use of these components increased the risk of solder-based failures in the field.
There is no single solution to the problem of counterfeiting but customers can protect themselves from the practice. Manufacturers are actively investigating the use of anti-counterfeiting measures, such as the use of packaging marks that are very hard to copy. One example is laser marking, in which a unique pattern is inscribed into the surface of the package. Only legitimate devices will pass an optical inspection using equipment designed to read the laser-marked codes. However, these efforts are at an early stage and so cannot protect the majority of devices on a BoM.
It is possible to use direct analysis of parts to determine their provenance. But many of these techniques involve destructive testing and are expensive to implement as they require access to equipment such as X-ray sources and mass spectrometers. Even then only a sample of goods incoming can be inspected this way. The only 100 per cent certain method for ensuring that no counterfeit items have entered the factory is to test all of them – leaving none remaining with which to build the systems.
Intelligence on the techniques that counterfeiters are using to mark their products can be a useful weapon in dealing with fakes. Manufacturers are now much more careful about the way in which they put trademarks and other identifying marks on their products. Counterfeiters often miss these subtleties and hope that their victims will as well. But databases introduced by supply-chain organisations in recent years provide users with vital information on which fakes to look out for. However, this is a strategy that relies on constant vigilance from the user.
The most effective strategy is to engage with supply-chain partners who work to ensure that they have access to legitimate parts. Many counterfeit components enter the supply chain through the grey market. By presenting them as overstocked parts or devices that have been returned from OEMs, counterfeiters can effectively launder their wares through conventional sales channels. Franchised distributors engage directly with manufacturers and can establish a complete audit trail, complete with detailed information on date codes and other supporting evidence, for the components they supply.

To help counter the rise in fake components, the ECIA has put together a number of initiatives that include the creation of the Advocacy and Industry Promotion Council, of which Digi-Key is a member, to raise awareness of the issues caused by counterfeit parts. The ECIA is active in advising on legislation designed to reduce the supply of counterfeit parts and is actively supporting the role of franchised distributors through services such as ECIAauthorized.com, recognising that these supply-chain partners have the relationships with manufacturers and resources to maintain counterfeit-free networks.

Counterfeiting remains a hazard for any user of electronic components but armed with the right information and with access to the right partners, there is no need to become a victim and aid the growth of this insidious crime ￭