Google shocked the automotive industry by showing the world its self-driving car, which doesn’t have a steering wheel or pedals. BMW showed the public its “highly autonomous driving” demo during CES 2014, in which the car takes control of the wheel using various sensors and actuators. Audi has their own self driving system called “Piloted Driving,” which can steer to follow lanes and maintain distance with nearby vehicles controlling the pedals, assisted by light detection and ranging. But when are the drivers going to enjoy the perks of semi or fully assisted driving? Is the market ready to adopt these technologies?
Although most people may cringe at the idea of relaying the control of their vehicle to a computer or a processor, they are likely unaware that most of the functions of their cars, and the majority of cars on the road, are already being managed by devices such as sensors, processors, and microcontrollers that are the backbone of the autonomous vehicle.

Let’s take a quick look under the hood 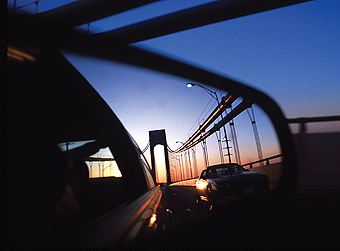 control a series of actuators on internal combustion engines based on arrays of sensors to ensure optimal engine performance. They read a multitude of embedded sensors within the engine and decide in real time when to open and close the air and fuel intakes and when to fire the spark plugs. Computers have been in charge of these vital vehicle functions for more than three decades. In 1980, Freescale (Motorola at the time) introduced the world’s first electronic engine control unit and since then the microprocessor controlled electronic fuel injection system has been the standard approach. Transmission control units are devices that control modern electronic automatic transmissions. These controllers typically use sensors from the vehicle as well as data provided by the engine to calculate how and when to change gears in the vehicle for optimum performance, fuel economy, and durability. Automatic gear changes in vehicle transmissions are no longer enacted by transmission fluids or mechanical means. Instead, a computer is in charge of deciding when to change gears and uses an electro-mechanical actuator to shift the gear.
Anti-lock Braking Systems (ABS) are automated systems that allow the wheels of a vehicle to maintain tractive contact with the road while braking, this prevents the wheels from ceasing rotation to avoid uncontrolled skidding. This means that a computer decides in real time how much braking fluid is actually applied to the braking system using hydraulic valves. Auto manufacturers such as Chrysler and Mercedes have relied on processors to control this vital function in vehicles since 1971, with others adopting this soon after.
Drive by wire uses an electro-mechanical system to replace the traditional human machine interfaces of a vehicle. For example, when you turn the steering wheel or press the gas pedal, the driver is no longer driving a mechanical system that is ultimately causing the wheels to turn or more gas to be pumped to the engine. Instead, this action is causing sensors to be activated and information is transmitted to the appropriate control unit, and a computer applies the intended mechanical action -steering, acceleration or braking. Nissan was the first manufacturer to place this system in a production model, allowing flexibility and configurability in the drivers’ operation.

How will the current technology connect to the future?

These are examples of the current marked adoption of embedded electronics, and clearly indicate the auto manufacturers’ trust in current solutions. They are also ready to be part of autonomous driving systems because they communicate with their environment through a CAN or Flexray communications bus. These computer signals will not distinguish if a turn or acceleration command was originated by human action or by an electronic control unit that decides what to do based on maps and sensors.
But what will the future entail? What electronic systems and underlying silicon solutions can enable autonomous driving to become a reality in production models? Freescale and its partners have paved the road with hardware and software solutions to achieve this as soon as 2017.
The market is ready to adopt active safety systems that take the wheel to avoid danger, such as safety brake assist, traction control, and collision avoidance systems. Safety brake assist detects when a potential dangerous situation exists and pumps up the power of the brakes. Studies have shown that even when drivers react in time, they may not apply enough brake to avoid a collision. Collision avoidance systems use radar, laser, and camera sensors to detect an imminent crash. Once the detection is made, the system may just provide a warning or take action autonomously without any driver input. Applications include 360 degree surround view and camera based park assist, cross traffic alert and blind spot detection.
People will remain skeptical handing over control of their vehicle to a computer, but as I’ve explained above, the foot is already in the door for most OEMs. Slow, useful, and practical implementation by OEMs may just be the key to mainstream acceptance. Driving a car can be one of the most dangerous, risky, time consuming activities in your day. Autonomous vehicles are not about taking control away from the driver, rather, making the process of driving a safer and stress free experience ￭

The path toward augmented reality with Renesas R-Car family