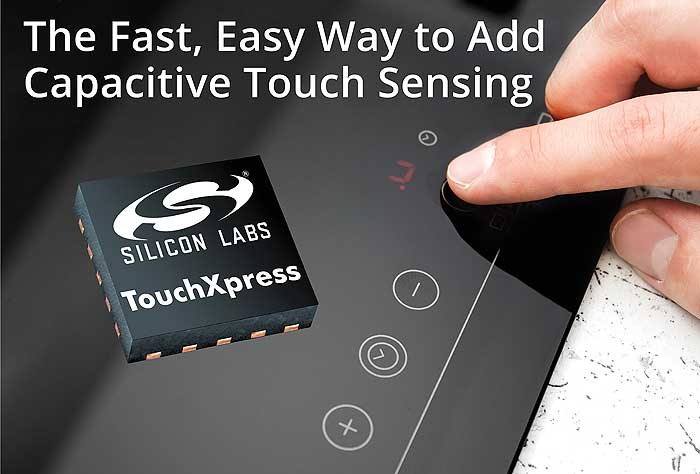 • The CPT007B GPIO switch replacement device enables developers to quickly replace up to 7 mechanical buttons with capacitive touch sensors with no firmware development. The GPIO interfaces provide direct on/off sensor status to the host processor.
• The CPT112S capacitive sense I2C device features up to 12 sensor inputs to simplify the addition of capacitive sense functionality for touch-based interfaces. The I2C interface provides an easy way to track the status of touch sensors, and an interrupt pin can wake the host processor from sleep after a proximity touch detection.