Fast on the final straight: Power consumption in tracking devices

Where is it? Tracking devices are there to provide answers to this question – whether the item in question is freight, a lorry, a painting, a destination or a geocaching cache. In all

cases: GSM and GPS modules are the essential components in terms of functionality, value and power consumption. Power consumption is not only of central importance for battery powered tracking devices, but in view of possible power supply fluctuations and peaks it remains a critical factor for mains fed devices as well. It is not possible to give a wholesale answer in respect of power consumption. Therefore Rutronik has conducted a series of measurements of consumption in various operating modes.

The measurement results: The power requirements of the modules varied greatly depending on the operating state, ranging from 1µA in stop mode to 2A and more in transmission mode. Accordingly, the average values vary from application to application depending on the mode used most in each case. For instance, a tracking system which simply monitors an oil painting hanging on a wall only uses a few microamps. It is in standby mode practically the whole time, only starting a transmission when and if the alarm goes off. The application returns an average consumption of 480mA for GPRS class 10 and an output level of 2 watts.
However, as the power requirements fluctuate greatly, such average values are only useful to a certain extent. Some components must be dimensioned to cope with the peak values. And an optimization of the device’s power consumption is only possible when data is available for each individual mode. This is what Rutronik has now documented with the aid of the measurement series. The current peaks were registered using a storage oscilloscope. The measurement resistance of 100W was connected in series with the Telit GL865 Quad GPRS module.
“We selected the measurement procedure with the intention of gaining generally valid data providing a solid decision making basis for all device development programmes,”
explains Harald Naumann, Field Application Engineer Wireless at Rutronik.

1 µA: in stop mode
For efficiently designed applications the power consumption in stop mode is even less than the battery’s self-discharge rate.
Microcontrollers such as the Renesas RL78, which are optimized for extremely low power consumption, require 70µA per MHz and 0.52µA in stop mode. In this case the GPRS module is switched off and galvanically isolated. The microcontroller and the self-discharge rate are the main factors influencing the maximum application lifetime.

1.5 mA: GPRS module in idle mode for receiving an SMS or voice call, data (CSD) or fax. In this mode it is not possible to set up a GPRS connection.

21mA: in GPRS receive mode and connection to server in internet.

230mA: with GPRS class 8 during transmission
A fax, voice and data transmission or a GPRS connection in class 8 requires up to 230mA on average in the GSM bands 850/900 at the highest performance level.

360mA: during transmission with GPRS class 10
The GPRS module transmits more quickly in GPRS class 10, causing the average module current to double, up to 360 mA.

1 ampere
Peak current in the GSM bands 1800 and 1900 rises to as much as 1 ampere. Here, the GPRS data is transmitted in packets.

2 amperes
The peak current when using GSM 850 or 900 reaches 2 amperes. This current may be reached both when sending and receiving an SMS as well as during handover between two base stations. Therefore it is advisable to dimension the decoupling capacitor near the module to cope with peaks of 2 amperes. It is also important to take account of the impedance of the batteries and/or the DC/DC converter.

More than 2 amperes
Some GSM modules raise the current above 2 amperes in order to compensate for poor antennae. A base station demands more transmission capacity from the module if the antenna loss is too high. This means that inferior antennae cause extra power consumption.
Developers should therefore aim for high-quality antennae design in order to reduce power requirements. 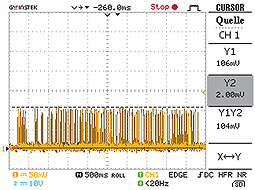 Figure 1: Power consumption on setting up a connection – current peaks over one second, four seconds or longer.

As wireless expert Naumann points out, “The measurements show just how large the differences really are. Basically, any value between 1µA and 2A is possible. Also, our measurement series has highlighted how much energy is required simply to log into a GSM network.” Figure 1 shows the power consumption while the tracking device was switched on and the PIN was entered. Several 2A peaks can be seen, repeated after a short pause. They result from a renewed search for a base station because the first station had no free capacity. As described, the peaks reach 2A and the average consumption current is 230mA. In the experimental setup 2A peaks were measured for as long as 4.5 seconds. During this time this amounts to a consumption of 230mA × 4.5s = 1035mAs. If setting up the connection only took 1 second, this would amount to a consumption of only 250mA × 1s = 230mAs.

GPS module operating modes
The following sections contain examples for states encountered in operating GPS modules. Of the many power saving modi used, only the SiRFaware™ mode is used as an example here. The degree of accuracy increases with the number of GPS channels used, but so does the power consumption. The number of GPS satellites which can be reached is limited by the curvature of the earth. The latest models are able to receive signals from five different satellite systems in parallel. In Europe, GPS and Glonass are available at present, and in the near future Galileo will be added to the list.

58 mW with GPS
58mW / 3.8volts = 15mA or 70mA /3.8volts = 18.4mA. A decisive factor towards minimizing the power consumption consists in reducing the time needed for the initial position determination. A-GPS can provide for a significant reduction. Developers who use the GPS modules from Fastrax can obtain free access to the Fastrax A-GPS server for this purpose. In this way they can speed up the positioning process and minimize the power consumption of their devices.

500µA for SiRFaware™
For applications which require frequent GPS position updates, the use of SiRFaware™ is to be recommended. This technology downloads the ephemeris data in the background. At the same time the real time clock is synchronized. On average, this requires 500µA of current. This represents a significant saving compared with the power consumption without SiRFaware™, when positioning takes longer.

150mW with GPS/Glonass
For applications which must supply highly reliable data in critical situations, energy efficiency is of lower priority. In such cases it often makes sense to accept higher power consumption. Thus when using a combined GPS / Glonass module such as the Fastrax IT600, the power consumption increases with the number of channels which the module actively uses for satellite reception. At the same time, the quality of the positioning increases. Up to 32 channels can be received in parallel. During a test conducted in Paris, it was possible to receive 21 channels simultaneously. As the IT600 can also receive signals from the Galileo system, the 32 channels will be exploited to the full when this satellite system is put into operation. Altogether the Fastrax IT600 can process signals not only from the American GPS, the Russian Glonass and in future from Galileo, but also from the Japanese QZSS, Chinese Compass and all SBAS systems. 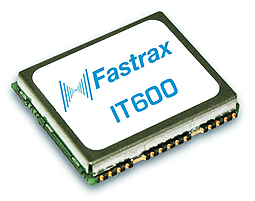 The selection of the GPS module or GNSS module (Global Navigation Satellite System), the A-GPS or A-GNSS concept and the right energy saving mode all have a major influence on the power consumption and the standby time of a tracking device. “However, this is anything but trivial, because there is no such thing as the right GPS module or one uniquely suitable energy saving strategy,” says Harald Naumann. So before starting to design a device, developers should pose themselves a series of questions: Will a GNSS module that supports GPS be sufficient or will a hybrid GPS/Glonass/Galileo be necessary? Does it make sense to use A-GPS? Will interfaces for gyrometers, acceleration sensors, pressure sensors, magnetometers or speed sensors be useful? Should a suitable prototype be developed first in order to test which sensors help most with the positioning? Is one of the five energy saving modes useful, and if so, which? Which antennae are most suitable? When answers to all of these questions have been found, the same factors should be considered for the GSM/GPRS module: Is GSM sufficient? Is GPRS necessary? Can USSD be implemented to lower energy consumption? How can compliance with SAR, the European R&TTE, the American FCC and PTCRB, the European ATEX (ATmosphère Explosible) or the Brazilian Anatel standards be achieved? Which energy supply concept or which battery should be used? These complex decision making processes can quickly lead developers without sufficient knowledge of wireless technology astray.
The distributor’s experienced product and application specialists can provide support to help designers navi­gate quickly and safely to the final straight.