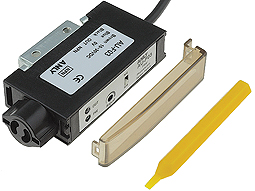 Together with the advance of science and technology, the demand for the most optimum information carrier has grown incredibly fast, for long distances in particular. Optical fibres turned out to be an ideal solution.

As far as the quality of information transfer is concerned, optical fibres are much more advanced than other methods of signal transmission. It results from the fact that light transmission is insensitive to any interference of electromagnetic field influences. It is particularly important in industrial environment which, as a principle, is packed with various types of electromagnetic interferences. Another reason for using optical transmission of signal is the possibility of using a very wide band. In optical fibres for transmission of data, instead of electrical current, properly modulated light beam. It helps to achieve bandwidth of 3 Tb/s and considerably extends the distance of transmission without using any kind of amplifiers.

Optical fibre is a kind of a cable-connection used for sending digital information in the form of visible light. It is made of the special type of quartz glass which is used for the production of optical fibre core. The core is covered by a mantle and protective layer.
The optical fiber’s principle of operation includes the use of two light conducting materials with various light reflection coefficients. Reflection coefficient in the 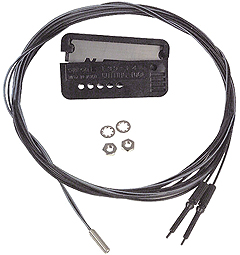 core is always higher than in the mantle, which ensures that light beam is maintained all the time inside the glass core, because the beam reflects from the surface of contact between glass and mantle, as a result of complete internal reflection and runs further through the glass until its opposite wall, where the story repeats itself. The mantle is covered with a Kevlar shield (lightweight but highly resistant polymer used for production of e.g. helmets, bulletproof jackets etc.) preventing cracks of the fibre and external PCV coating. A single optical fibre is responsible only for one-way transmission. The two-way transfer is possible with double optical fibers.
Optical fibres are made as single mode and multiple modes (a mode- a constituent “portion” of visible radiation). Due to the structure, they can be divided into: fibrous, laminar and bar, and due to the type of material into: glass, plastic and semi-conductive.

Optical fibre transmission is connected with transmitting light beam, whose source is laser or e.g. LED. At the other side of the optical fibre, it is received by a light-sensitive element e.g. photodiode. In order to ensure proper and fast transmission, light beam is modulated. It prevents possible signal interferences. In most cases, modulation is applied to: light wave intensity, frequency, polarization or phase.

Advantages and disadvantages of optical fibres 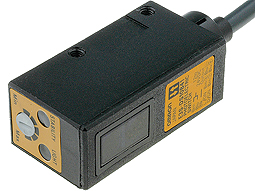 2. Low losses and capability of sending signals to long distances;
3. Complete resistance to electromagnetic interferences as well as absence of emission of any interference;
4. Light weight and small dimensions;
5. The fact that they do not emit any interference makes them highly reliable and confidential means of information transfer. There is virtually no possibility of putting a tap on a phone;
6. More and more cost efficient – the optical fibres prices are continuously decreasing;
7. No sparking threat, safety at work;
8. High reliability;
9. Simplicity of operation;
10. They are becoming more and more common.

The disadvantages of optical fibres include, among others:
1. The existence of a phenomenon of dispersion in multi-mode optical fibres. This phenomenon includes broadening of the luminous flux as a result of separating its individual beams during refraction. Those beams, from the moment of their fission, start to move somehow “willfully” and they do not reach the receiver at the same time. A secondary effect of that dispersion is limitation of transmission band width. This is particularly disadvantageous in case of multi-mode cables, because in their case, the bandwidth is already limited by respective modes differing in run time. In connection to the dispersion inside the optical fibre, there is also little space and there is chaos. The smallest dispersion exists at the wavelength of 1.3 micrometers.
2. Natural dispersion of glass, existing in single and multi-mode optical fibers which are the result of changes of light refraction coefficient in glass, resulting mainly from glass defects – lack of uniform structure and also wavelength.
3. Damping – depending on the wavelength and thickness of optical fibre material. Presently, the lowest theoretical damping takes place at the wavelength of 1.55mm and is equal to 0.16dB/km.
4. Complex and precision requiring process of assembling optical fibres: for connecting optical fibre parts, special couplers are used.
They are applied in laboratory conditions, very precisely and in an environment free from any dust. This is particularly difficult in case of single – mode optical fibres, whose core is very thin. And to make the optical fiber work properly, one part of the core must centrally adhere its other part.

Optical fibre sensor is a converter or a set of converters existing at the beginning of the measuring channel, which can receive information with the magnitude measured, described with several parameters and then process it into signal parameter changes at the output, and its structure contains the optical fibre.
Optoelectronic sensors as functionally defined appliances it according to the principle of operation is divided into:
– Active i.e. with a structure containing optical signal source;
– Passive i.e. with external source of light.
The output signal can be:
– optical,
– processed internally into electrical signal, including those with standardized parameters.
Block diagram of optical fibre sensor is presented by the following sketch:

Not every optical fiber sensor comprises of all the three converter types given in the above sketch, however, it must be at least the first one.
Optical fibre sensors are manufactured generally as parametrical (passive). Therefore, ancillary energy must be connected to the sensor. Input signal generally causes a change of only one of the optical converter’s signal output parameters. Those sensors have properties which make them useful everywhere, where their use is difficult or even impossible for other sensors.
Basic features of optical fibre sensors include:
– non-electrical input signal,
– possibility of operation in flammable, explosive and chemically aggressive environments;
– possibility of non-contact operation,
– light weight and small dimensions,
– resistance to electromagnetic interferences,
– high processing sensitivity,
– easy coupling with telecommunications systems.

Classification of fiber optic sensors can be done according to different criteria, e.g. processing location, manner of receiving the information about measured magnitude and form of output signal.

1. Division according to the processing location:
– with external processing, also called hybrid. The role of optical fibre is to provide and carrying away light to and from the optical converter, e.g.:
– reflection sensors,
– with transmission change,
– with complete internal reflection,
– with diffraction gratings, 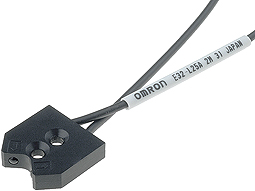 2. The division according to the measured magnitude information receipt manner:
– single – point e.g.: reflection sensors or sensors using optical fibre – optical fibre coupling level wastes;
– multi – point: they use changes of wastes, backward scattering intensity, polarization, fluorescence and others, e.g. multi-point sensors of transmission wastes are micro-bending sensors of force, pressure and offset;
– with the continuous receipt in space – that is splitting sensors e.g. for measurements of stresses distribution in metal constructions and building structures, as well as for the measurement of temperature distribution in technical appliances and big size reservoirs.
Fibre optic sensors use linear and non-linear optical phenomena in optical fibres.

3. Division in accordance of output signal form:
● amplitude (intensity),
● phase (interferometric),
● frequency.
In fibre optic sensors with intensity modulation, the change of electromagnetic wave is a measure of the measured physical magnitude change. The advantage of those sensors is the fact that intensity modulation does not impose any conditions on light sources and receivers, it also does not require any additional sensor output signal processing, and the signal modulated by means of usual photodetectors.
A drawback of the sensors with amplitude modulation is their considerably lower sensitivity compared to sensors with phase modulation. Intensity sensors are commonly used as: micro-bend sensors, absorption sensors and transmission waste, or fluid refraction coefficient measurement sensors. The most common designs of intensity sensors include sensors with modulation of optical fiber- optical fiber coupling and refection sensors.
In case of sensors with modulation of optical fiber- optical fiber coupling, the measuring head is made of two optical fibres, whose ends are located opposite to each other. The intensity of light conducted through the two optical fibres depends on their mutual location. The amount of energy that is permeating from one optical fibre to the other depends on the shift of fibres axis, on the angle between the axes and on the distance between optical fibers’ fronts. The intensity of the light conducted through the optical fibres can be modulated by mechanical shift of optical fibres. The aberration (distance) of the optical fibre or movement of a stop can be proportional to the force, pressure and thermal expansion etc.
Reflection sensors constitute a large group of optical fibre sensors with intensity modulation. They are very common and often used in technological processes inspection – they are used for the measurement of vibrations, location, distance etc.
The basic elements of the sensor are:
– Fibers beam or a single fibre providing light,
– Fibers beam or a single fibre carrying away light,
– Reflecting surface.
A beam of fibres or a single fibre providing light illuminates the reflecting surface. Reflected light penetrates receiving optical fibre beam. Reflection sensors can be single or double fibre. In case of single- fibre sensors, thanks to the use of a coupler, conveying optical fiber is at the same time off take optical fiber.
When the reflecting surface moves away from the measuring head, the intensity of radiation reflected from the surface and entering the offtake optical fiber.

At present, fibre optic sensors are used in most of industrial applications, in particular for: 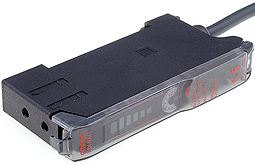