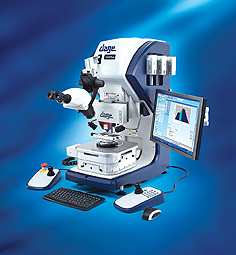 Nordson DAGE, a division of Nordson Corporation will exhibit its 4000Plus Bondtester Pad Cratering Inspection System at the upcoming Electronic Components and Technology Conference (ECTC), scheduled to take place May 29-June 1, 2012 at the Sheraton San Diego Hotel and Marina in California.
The new Nordson DAGE 4000Plus Hot Bump Pull/Hot Pin Pull system is a unique patented technique for attaching a test probe to solder bumps or solder paste in order to perform a hot bump pull test. The industry unique solution conforms to IPC-9708 as well as JEITA ET-7407A test standards for the detection of pad cratering for surface mount and printed circuit board assemblies. It is fully integrated into a single load cartridge on a standard 4000Plus system. Heating and cooling stages and a pin clamping mechanism are integrated into the single load cartridge. The 4000Plus Bondtester represents the new industry standard in bond testing with unsurpassed data accuracy and repeatability. Nordson DAGE bond test technology meets the requirements of emerging test applications including ribbon pull, pad cratering using hot pin pull, bend and fatigue testing. The 4000Plus bondtester uses the next-generation Paragon™ software providing semiautomatic test routines, automatic GR&R calculation, unique database search engine wizard and superior data reporting.