The PC Era Appears Over; Steve Jobs has Retired … Long Live the Tablet 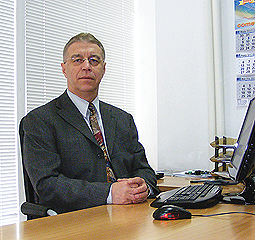 The month of August 2011 will go into history as the month in which the PC era came to a close. Hewlett-Packard, who acquired Compaq in 2002 to become the largest PC manufacturer world-wide and who at that time hedged all its bets on the PC, has put its PC business on the auction block. This is a virtual admission that the business has become all but a strategic asset. The decision has been in fact an easy one, for Hewlett-Packard lost the leadership only four years after the Compaq acquisition and its PC business drifted down ever since. However, most surprisingly, nobody rushes to purchase the business; most PC market players are in fact looking the other way, so Hewlett-Packard might end up “donating” it.
On August 24 Steve Jobs has announced his retirement from the helm of Apple, the company which he has founded and helped twice to glory. Not only has his Apple championed the PC like no other company before or after it, but it also pioneered the Tablet and revolutionized the smart phone technology. Moreover, at the time its founder left, it was the highest capitalized public company in the world. Steve Jobs proved to be the visionary who “democratized” the computer, gave us the graphic user interface we all cherish and defined the Tablet.
He also was an autocratic leader who turned out to be a perfectionist with taste. It is safe to say that this workaholic has left a most enduring mark on personal technology, as both the PC and the Tablet can be considered his brain children.
In fact, the events at Apple, the company that introduced the PC to the market and at Hewlett-Packard, the company that indirectly announced that the PC era is over, chime in a new era. The Tablet, which was conceived as a plug-in between the PC and the cell phone, appears to be poised to replace the PC and to make inroads into the smart phone markets. It is also expected to redefine mobility and to drive new display, storage and battery technologies. Moreover, the Tablet is well positioned to foster a gamut of applications which will integrate the processing power of a PC with the communication capability and mobility of a smart phone.
The month of August 2011 might prove to be a truly momentous one, not only for electronics and technology in general, but also for the society at large, for each and every one of us.