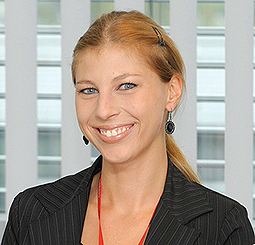 Stephanie Pepersack, who is in charge of market intelligence at SIPLACE “The development of order bookings in the first quarter indicate that the overall picture continues to be very positive.”

Analyses conducted by SIPLACE’s market researchers confirm the generally positive mood in the market and predict a continued upward trend. The manufacturers of SMT equipment and placement solutions increased the value of their worldwide deliveries in the first three months of 2011 by another seven percent over the already highly successful last quarter of 2010. The outlook continues to be positive, say the market researchers at SIPLACE, because new order bookings set a new record in the first quarter of 2011. The order bookings for SMT production equipment in March alone increased by 53 percent over February, which was already a strong month.
While the overall picture is positive, there are differences between regional markets. Europe, North America and South America continued their steady rise after making it through the crisis and established themselves as the growth drivers in early 2011 with 66 percent more order bookings compared with the first quarter of 2010. In China, which emerged from the crisis sooner, the market calmed down, albeit at a high level.
While shipments rose by 11 percent, new order bookings for the first quarter of 2011 were almost 10 percent below the strong first quarter of 2010.