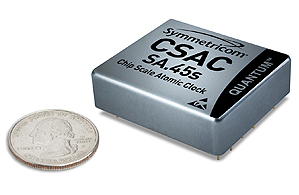 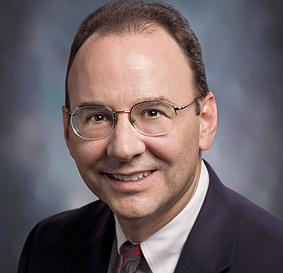 “Our new SA.45s CSAC product brings ultra high-precision and low power consumption to a variety of portable and underwater exploration applications,” said Dan Scharre, executive vice president and general manager at Symmetricom. “These applications can’t rely on continuously receiving GPS signals, and until now, traditional quartz-based timing options have forced users to choose between size, accuracy, and power consumption, even while providing less-accurate timing. We leveraged Symmetricom’s extensive history and expertise in providing state-of-the-art timing systems and devices to broadly deliver the first CSAC product to market and to deliver to end-users the best performance in the smallest package at lowest power consumption.”
The advanced technology benefits of Symmetricom’s QUANTUM (TM) SA.45s Chip Scale Atomic Clock have already been validated by early adopters. Makers of underwater sensors have used the CSAC’s low power consumption and increased stability to greatly increase mission duration. Users who rely on military GPS systems have found that the CSAC has the stability to maintain synchronization even during long GPS outages, and that it also enables rapid signal reacquisition. And of course, its small size and extremely low power consumption allow them to get these benefits even in manpack systems.