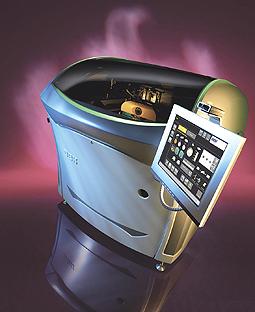 The team at DEK are currently celebrating the company’s recent winning streak, having collected three prestigious industry awards during April’s Nepcon Shanghai exhibition. The mass imaging leader’s advanced Photon screen printing platform did the double, gaining both an SMT China Vision Award and EM Asia Innovation Award, while DEK’s PVP1200 solar metallization platform also picked up an honour from EM Asia.
DEK’s Asian award run began at the SMT China Vision Awards where its Photon platform topped the solder paste screen printing category. Recognising products introduced to the Chinese market over the last 12 months, the awards were judged by an independent panel of experts respected in the field of electronics manufacturing technology, along with selected SMT China readers working in diverse industries throughout the region. Photon was judged best-in-class in terms of critical factors including innovation, performance, reliability, cost-effectiveness, ease-of-use, flexibility, compatibility, effectiveness, maintainability and service.
In addition to recognition for its screen printing capabilities, DEK was also among the top-performing companies recognised at the EM Asia ceremony in Shanghai for innovation in the field of alternative energies. The PVP1200 platform won its category of Alternative Energy Production Equipment, and the company’s Alternative Energy Manager, Speed Yan, was on hand to pick up the trophy during a ceremony held at the Shanghai Everbright International Hotel. Bringing members of the Asian electronics community together to celebrate the very highest industry standards, the programme celebrated DEK’s breakthrough PVP1200 platform for its ability to deliver high yields and throughput in the metallization process for the manufacture of thick film solar cells.
www.dek.com